Exposure 6 vs. VSCO 5 - the decent exposure

A while ago, I tested already alien skin's exposure 3 vs VSCO, but today I got exposure 6, so I wanted to check the toy in a photographic workflow.

If you start exposure 6, you see that it is a full pack of features, more than included in VSCO. You even have Bokeh included in Exposure now. And that is impressive for that price. 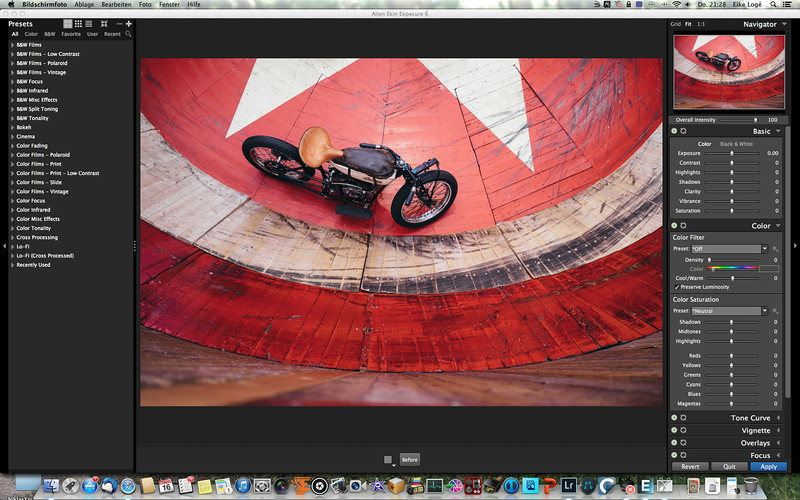 Exposure has some nice features, you can increase the presets so that you can directly see the different looks in one window.  I like that.

The two platforms are working in a different way. VSCO is directly working on the RAW, for Exposure, you have to create a tiff or a jpg, same way like in the NIK filters for example. In my eyes the VSCO way is better in this case, cause you have the whole information from the RAW to work on. Another point for VSCO is, that it comes with color profiles for different cameras. Jut to be sure that the colors are spot on in most cases. And IMHO the colors are the reason for these type of software. So let's see how they work directly out of the box without any deeper special skills needed. Let's take a colorful example to work on. This is how it looks on RAW level in Lightroom. I would like to have a little bit more pop in the colors so I used a colorful slide film:

I have the used the Velvia 50 setting in both plugins, first the Exposure 6: 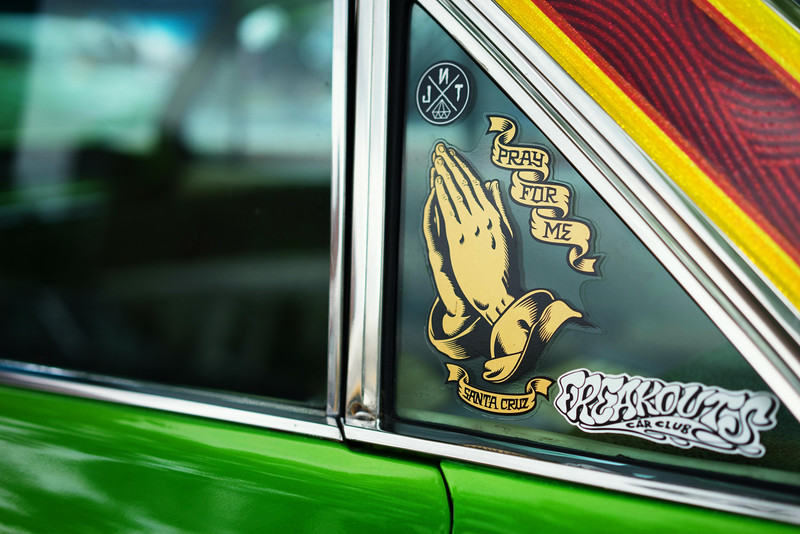 How to measure colors? It is a feeling, and I would say VSCO did a better job? Going into details, I like the green much more in VSCO and also the yellowish form the praying hands. On the other hand are the yellow stripes and the red one a little bit over saturated but that would be easily to correct in LR.

Next test is about the grain. Digital photos are very clean, I don't like this clean look, so I always add some grain and Alien Skin is suin a different technology for the grain. VSCO is just adding the same type and amount of grain of the whole picture. Exposure is using for dark, middle and hightones different type and size of grain. For this test I used the Kodak 400 VS preset in both cases. Left Alien skin, right VSCO: 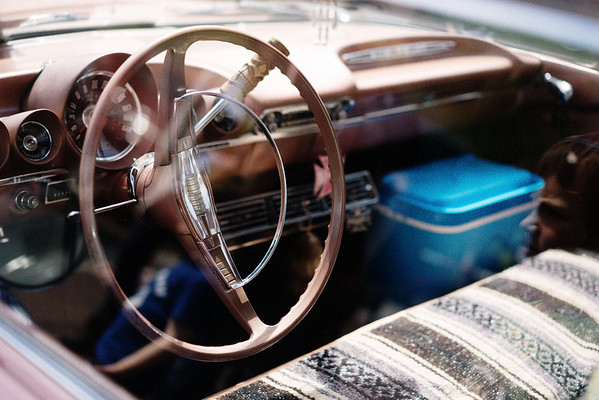 Both pictures have a nice color, nothing to complain. The Exposure version has more contrast, but both are without any special settings, directly out of the box. It would be easy to increase the contrast on the VSCO picture. But the focus in on the grain. The Grain!. Let's go into the details:

On the right, you can see the Exposure 6 results and on the left the VSCO. Three differences, first, the grain in Exposure is overall larger, and secondly, the grain in VSCO is the same both in the dark and bright areas. Last but not least, the picture quality in VSCO is better in the 100% view. If you look at the chrome parts of the steering wheel, the Alien Skin shows some wired effects, maybe due to the fact that Exposure uses blur to creat a film look. It is a pitty that I don't have a film scan here to compare the with the real scan. But IMHO the VSCO beats Exposure, again. The amount or the size of the grain, especially in the blue box is pretty heavy, the overall VSCO grain is more pleasing. Another point for VSCO.

Results so far, Alien Skin 0 VSCO 2 when it comes to the picture level.